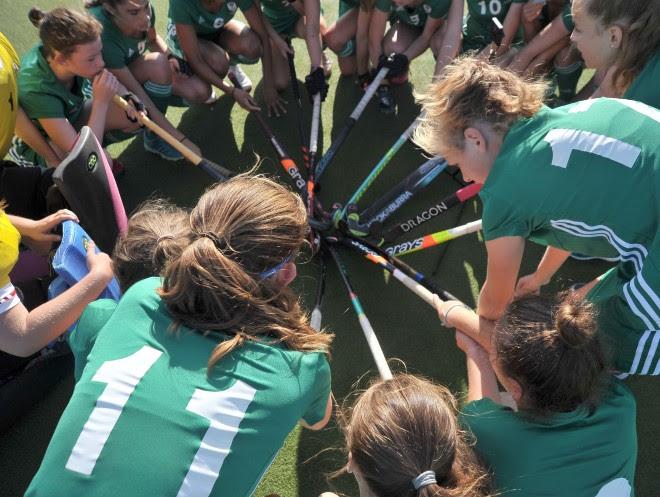 England Hockey has today taken the decision to suspend all hockey activity until 30 June 2020.

Currently hockey activity is suspended until April 15 but, with the continuing social restrictions caused by Covid-19, this extension is pragmatic in the circumstances and provides clarity for our clubs, players, officials and volunteers. We have asked that this national position is replicated at a local level by counties, leagues and independent hockey providers.

It is hugely disappointing to curtail hockey activity in this way and there will be many league and cup competitions which will not now reach their natural conclusion. The implications of the decision affect different areas of England Hockey activity in different ways, details of which can be found below.

Finally, the health and wellbeing of those in the hockey community is our overriding concern so please follow the government guidance and stay safe. Please search #StayInWorkOut on social media for tips on how to stay active indoors.

We are continuing to offer support to our clubs in this difficult period and our local Relationship Managers are available as normal to support in any way they can. A list of our Relationship Managers and their contact details can be found here. We are also in contact with Sport England to best access the support they are putting in place for clubs, and will communicate more in the coming days.

Following the suspension of hockey activity until the end of June, given the time it would take to complete the league and prepare nationally and locally for the 2020-21 season – which naturally we hope will be able to run as normal – there is now insufficient time to complete the 2019-20 season.

Remaining games in the Men’s and Investec Women’s Hockey Leagues 2019-20 seasons will not be played. The last round of fixtures in Divisions One North and South and the Conferences scheduled for 21-22 March and three unplayed games from 14-15 March will not take place.

England Hockey understands there are significant implications to ending the season at this point and is mindful that the integrity of the League is important. We have begun a thorough process to deliver a fair and balanced outcome for teams. A recommendation will be made to the England Hockey Board in April and communicated to clubs thereafter.

The current status of England Hockey’s National Club Championships is as follows:

• England Hockey Club Championships – Adult (Men’s and Women’s), Masters, U18 knock-out competitions: These Championships are mainly at the semi-final stage or finalists are known. There are a small number of outstanding quarter-final ties.

• England Hockey U16 Tier 1 Championships: The eight girls and boys teams qualifying for the final stages of these Championships are known.

As there is no knock-on effect associated with the completion of Cup competitions, England Hockey is exploring whether it is feasible to schedule the final stages of each of the above Championships ahead of the new League season if hockey activity was resumed by this time, and will communicate with participating teams.

In the following Championships, qualifiers for final stages are not yet known or the competition has not yet started. We have made the decision that the following competitions are now cancelled:

• Back to Hockey Festivals

The following Championships have yet to be concluded and are now cancelled:

The Notts Sport Boys and Investec Girls U18 Tier 1 Championships final matches were due to be played on 19 March. Consultation will take place with the four participating schools to ascertain if these matches could be played when hockey activity is allowed to resume.

No hockey activity will take place across England National Age Group and Player Pathway programmes including Performance Centres, Academy Centres and Development Centres. We are currently working through the implications of this decision on activity scheduled for later in the season and we will communicate more information as soon as possible.

Coach Development delivery will continue to take place online during this period, with a wide range of opportunities available for coaches. Follow @coachandinspire on Twitter for news, as well as hockeyhub.englandhockey.co.uk/coaching-offer

England Hockey will not be running umpiring courses during this period, but we would encourage clubs to begin thinking about how you may want to schedule courses when hockey restarts, as we will be expecting higher than normal demand at that time. We could also suggest that people check in on the free online rules test, the umpiring discussion forum, and the online introductory umpiring training available as part of the In2Hockey modules. More at hockeyhub.englandhockey.co.uk/officiating

All hockey development programmes are suspended until further notice. England Hockey is in touch with clubs as appropriate where programmes are underway.

All England Masters teams activity will be suspended until 30 June. Late last week, World Masters Hockey took the decision to postpone this summer’s O35s and O40s Masters World Cup in Nottingham by a year until 2021.