10 lucky winners will be selected by Brabo GB and Olympic Hockey player Sam Ward, and will receive their choice of either a 2020 Brabo SW13 100 ELB hockey stick or any of the 2020 Traditional Carbon range sticks, plus access to exclusive Brabo discounts. 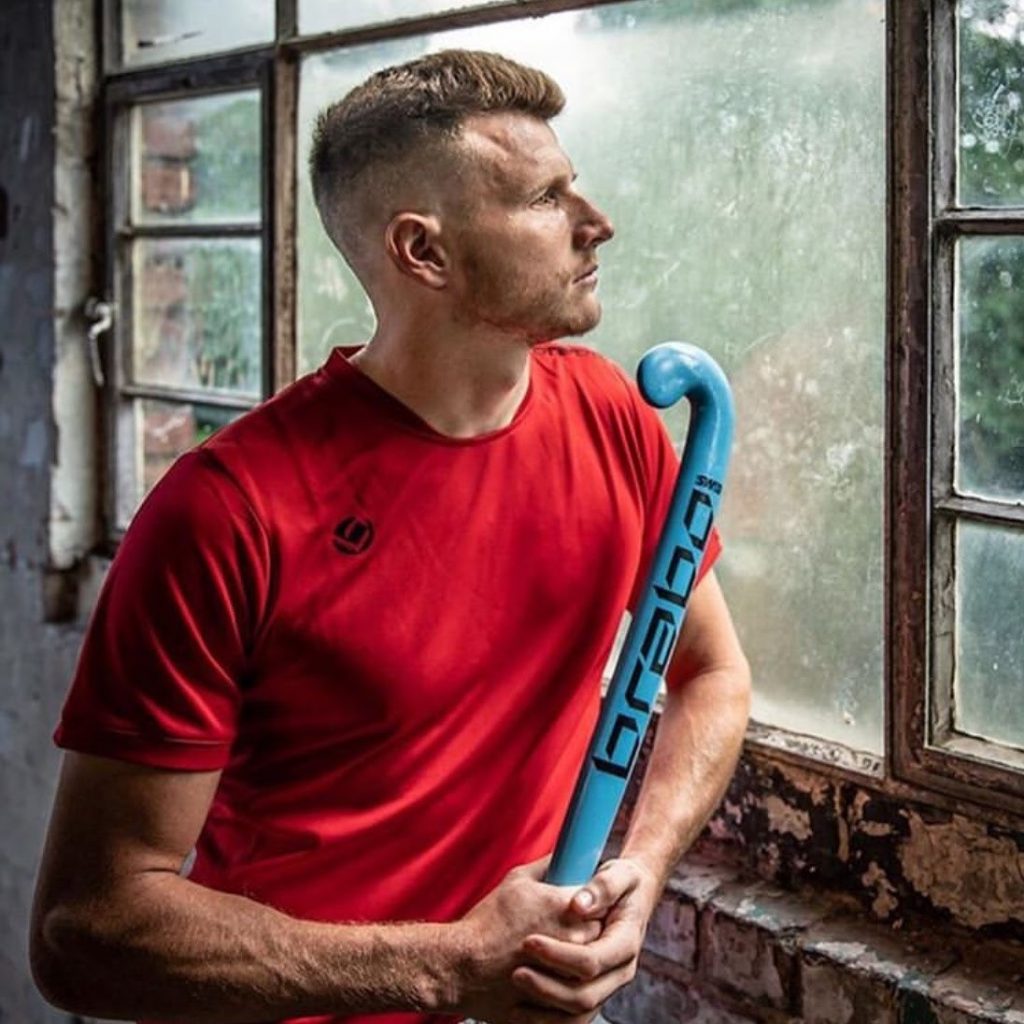 By entering this competition you will be automatically added to the Brabo UK mailing list to receive communications from the Hockey Factory Shop about this sponsorship, future sponsorship opportunities and exclusive offers & promotions from Brabo Hockey UK – you can unsubscribe at any time. 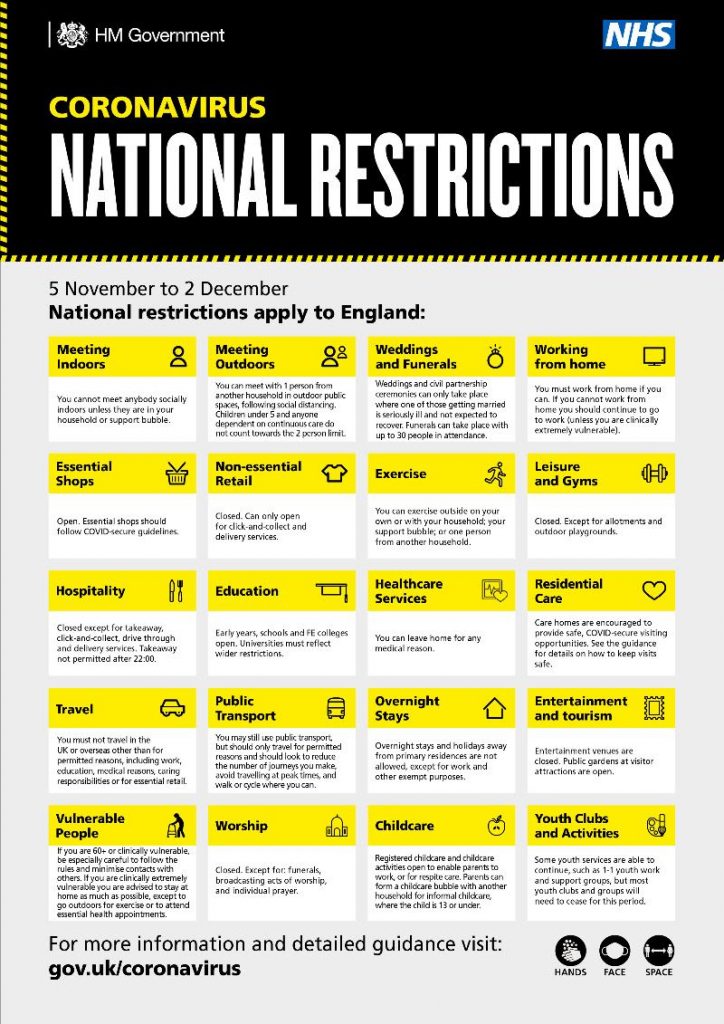 With the ladies without matches over the half term break it was left to the men this weekend.

In what has turned out to be the last hockey match for at least a month, the Men’s 2s welcomed Neston 7s to a bright and sunny Whitchurch on Saturday. Once again coronavirus had impacted squad selection, so a number of players were drafted in from the 1s game earlier in the afternoon.

A familiar pattern emerged as the older and more powerful Neston team took control of midfield and forced Whitchurch back towards their own dee. But with the home side working hard, Neston found it difficult to threaten the Whitchurch goal. Brendan Coburn, Danny Foulkes, Joel Leese, Sturge and Gareth Teggin put in a succession of blocks and tackles to keep Neston at bay.

Whitchurch were quick to counterattack when the away side lost possession.

Joe Coburn, Ethan Gresty and Luke Beddow combined well in midfield, but couldn’t quite find striker Will Gilbert, or the willing runs of Jacob and Doug Buckeridge on the wings.

Eventually one of Whitchurch’s attacks was rewarded with a short corner. Doug Buckeridge exchanged passes with Joe Coburn and Buckeridge swept home from close range to open the scoring.

The pattern of play continued for much of the half, with Neston enjoying territory and possession, but Whitchurch posing threat on the counter. Ultimately, and despite the best efforts of the Whitchurch defence and keeper Neil Jones, the pressure from the away side brought an equaliser.

With the game level at half time, Whitchurch were looking to retain more of the ball in the second half, but Neston had other ideas. The away side injected more pace into their passing and Whitchurch struggled to get to grips with the change. Neston deservedly took the lead and looked to press home their advantage, but Neil Jones made several excellent stops to thwart the Wirral side.

Whitchurch eventually settled and with Tom Forster and Jack Barnes adding more power in midfield, they worked their way back into the game. Once again Joe Coburn was instrumental in Whitchurch’s best attacking moments, and as his ball into the dee flicked off a defender’s stick and looped up over the keeper, Luke Beddow raced through to get a vital touch and equalise.

Soon after another defence splitting pass found Fred Egerton, who rounded the Neston keeper and fired home from an acute angle to give Whitchurch the lead. The home side continued to create chances but were unable to add to their advantage.

Buoyed by their lead, Whitchurch began to commit more players forward and Neston were forced to play on the counterattack. With only a few minutes left, a Whitchurch move broke down and as the away side drove forward the Reds defence found themselves outnumbered and Neston took full advantage to equalise.

The 3-3 draw was probably a fair result. Both sides enjoyed good spells during the game, and both sides were grateful for good goalkeeping and poor finishing. At times Whitchurch were a little disjointed, with a number of new players on the pitch, but those players also added some much-needed physical presence.

With the national lockdown imminent, the Men’s 2s next game will hopefully be in early December.

With another scheduled game lost to local restrictions, Whitchurch played a friendly against a Chester team made up of a mixture of their two teams in the Division 3 South league. With heavy rain having soaked the pitch in the morning, there were questions about whether the game would go ahead, but the rain stopped, the sun came out and the match was played in glorious sunshine.

It was an evenly matched game, played in good spirit and with some excellent play by both teams. A shortage of senior players gave a number of the younger 2s players an opportunity to step up, with Alex Leigh, Luke Beddow, Ethan Gresty and Will Gilbert joining Joe Coburn and Fred Egerton as the next generation of 1s players, and all represented themselves well, showing pace and skill against an equally youthful opposition.

With some decent end-to-end hockey, the game always felt like it had goals in it, and Whitchurch broke the deadlock with a well-worked short corner, fired in by Danny Foulkes to Jack Barnes at the top of the dee, whose powerful flick went through the keeper. A few minutes later, the scores were level as a Chester drive broke through the Reds’ defence and managed to get the ball past a diving Sturge in goal.

As with last week’s game, Whitchurch settled well to their task, and maintained their efforts through both halves, which is the step up they needed to make from previous seasons where games could tail off in the second half. There was some great use of width, starting at the back with the defenders happy to go across the pitch multiple times before finding their pass out. The midfield were equally happy dropping the ball back to the defence rather than running into trouble and it set the game up well. Some great running down both wings put pressure on the Chester defence, and there was strength in the middle of the pitch at all times.

Chester went 2-1 up with an unlucky deflection after they’d made a good run down the middle of the pitch on the break, but Whitchurch got the scores level again with another short corner routine out to the right which was crossed in before Chris Ruscoe got the last touch.

It was another good game, with Whitchurch showing a promising future as their strong youth structure provides the rewards the coaching staff have been working on. Another home game against Chester 4s is scheduled for next weekend, when Whitchurch will go all out for the win.

England Hockey are disappointed to have to confirm that the national lockdown announced on Saturday will mean no club or community hockey from 5 November until after 4 December at the earliest.
The latest government announcement orders all sports facilities to close and therefore club and other community hockey activity is suspended until the game is in a position to resume.
Over the last few months all those involved in delivering hockey safely have helped to prove that the sport is extremely low risk in terms of the transmission of Covid and this gives us confidence that we can be back soon. We are very grateful to all the Covid officers, volunteers, players, coaches and officials that went the extra mile to provide a safe place for hockey to be played.
At England Hockey we continue to receive overwhelming feedback from participants that the physical and mental health benefits of being able to take part are significant. We recognise that the next few weeks will be challenging for those like us that love the game and will miss the opportunity to be out playing, coaching and officiating with friends.
The government announcement made reference to returning to the Covid Alert Levels after the end of this period of lockdown, and should that be the case we are confident that clubs will be able to resume promptly in line with our previously-issued Return to Play guidance. If it becomes clearer in time that the lockdown will end on 4 December we encourage clubs to consider resuming some activity before Christmas if at all possible. To mitigate the risk of changes and with the uncertainty about what Level the club may be in at the end of this period, we recommend that the time until Christmas is used for training and very local matches. The aim of this is to ensure that activities fall in line with any Level-based restrictions that may be in place.
It will take time to determine the best approach to reorganising activity and we ask that players and clubs respect the need for organisers to consider the next steps properly in light of the timing and extent of the upcoming break.
England Hockey will communicate with all clubs, England Hockey League teams and EH Championships entrants as well as Player Pathway organisers in the coming days.